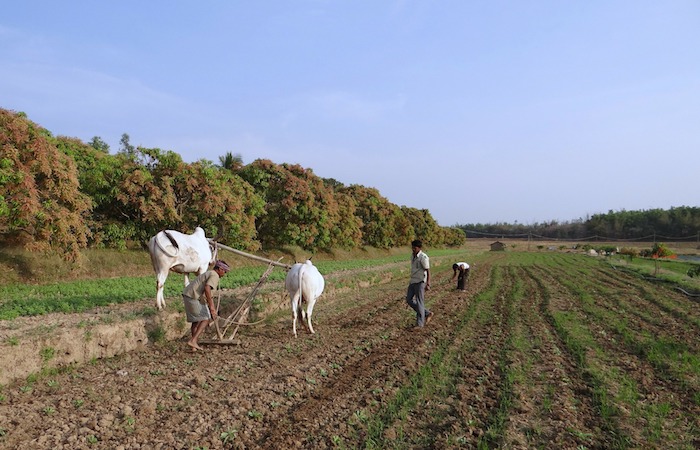 Our 2 week tour of India covers the Northern Indian agricultural Punjab and Haryana and Uttar Pradesh. You also have opportunity to cover Agra and Jaipur during the tour in India’s. Today, India ranks second worldwide in farm output with over 750 million Indians engaged in agriculture, the diversity is amazing. As the tour includes many on-farm and technical visits you also get opportunity to meet political and industrial leader from farming and agriculture sector.

However, the tour of India includes leisure time for shopping and bargain hunting in India’s renowned bazaars; the Taj Mahal, one of the Seven Wonders of the World; Jaipur, known as the “Pink City”; overnight and opportunity to visit National Park and Wildlife Sanctuary for elephant and tiger plus much, much more.

India is ranked as the seventh largest country in the world and is bounded to the southwest by the Arabian Sea, to the southeast by the Bay of Bengal and to the south by the Indian Ocean while Sri Lanka is separated by the Palk Strait.

Northern India is very different from South. In north you get opportunity to explore Barley, rice, Sugar Plants, Wheat and Soya production in India. The northern frontiers of India are defined largely by the Himalayan mountain range, where the boundaries with China, Bhutan and Nepal lie. India is the world’s second most populous nation after China and is a land of great cultural diversity, as is evidenced by the enormous number of different languages spoken throughout the country. There is no national language. Hindi is spoken in the north and English is the language of politics and commerce. Officially, more than 1,500 languages and dialects are spoken by its 1.35 billion people, the world’s largest democracy. The main four languages of north India are Hindi, Punjabi, Haryanvi. About 80% of the population is Hindu known as the Religion of Freedom, 14% Muslim and other significant religions include Christians, Sikhs and Buddhists. With its long and rich history, India retains many outstanding archaeological landmarks such as the Red Fort of Delhi, Amber Fort in Jaipur, World Famous Taj Mahal wone of the seven wonder of the world. ( World Heritage site) of the Seven Wonders of the World. India is home to the Asian Elephant, Bengal Tiger, Lion, Leopard, Sloth Bear, Indian Rhinoceros, Golden Jackal, several species of deer and antelope and the wildlife of India was made famous in The Jungle Book by Rudyard Kipling. Although India has the world’s largest cattle population as high as 70% is owned by 67% of small and marginal farmers and by the land less. 60% of livestock farming labour is provided by women and more than 90% of work related to care of animals is rendered by womenfolk of the family. India has 53% of world buffalo population and 15% of world cattle population and in terms of sheep population ranks fifth after Australia. India is the world’s 6th largest coffee producer; second only to China in rice production; 3rd largest producer of tobacco, sorghum and rapeseed; 2nd largest producer of wheat, sugarcane, tea, cashews, fresh vegetables, silk, inland fish and the largest producer of millets, pulses, spices, chillies & peppers, lemons, limes, cows, goats and buffalo milk. Cricket is the most popular sport in India by far and is played almost everywhere. English author Sir John Mandeville wrote “India remains a land of many diverse countries.”

Explore farm study tour of India with Uday specialist since 31 years in India and offering more than 20 tours every year.

Please Contact us for Package Cost and for more information on the Itinerary. We will be happy to customize the itinerary according to your requirements. Email us at : inbound@udaytour.com / tours@udaytour.com or talk to our travel package expert at +91 (11) 47 15 15 15 or whatsapp us

India on Dairy Study Tour
April 11, 2020
Featured Tours
Need UTT help for Travel or Events?
We would be more than happy to help you. Our team advisor are 24/7 at your service to help you.
Contact Us Now
Go to Top